Cama Beach State Park is approximately one mile south of Manaco Beach. I walk the beach frequently down to the Cama Beach cove where two hillside springs flow onto the beach. River otters hang out there and dogs and other animals can get drinks from the year round springs.

The below picture is from a story I wrote about the Thanksgiving Day storm of November 24, 1983, and how those log bundles ended up at Cama Beach 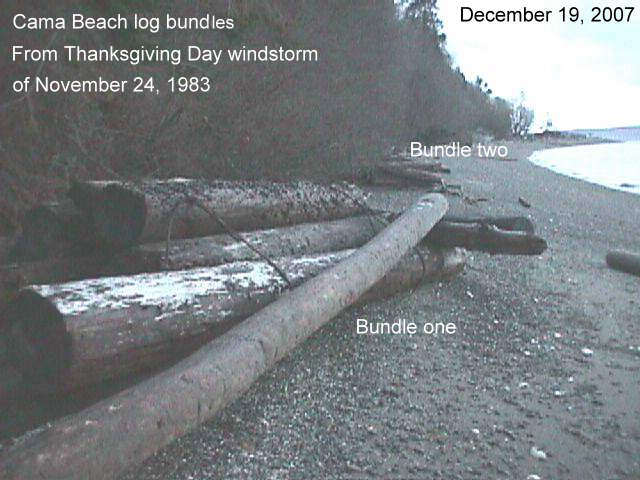 Below are a couple of pictures of a River Otter I saw at the Cama Beach cove on April 16, 2004. 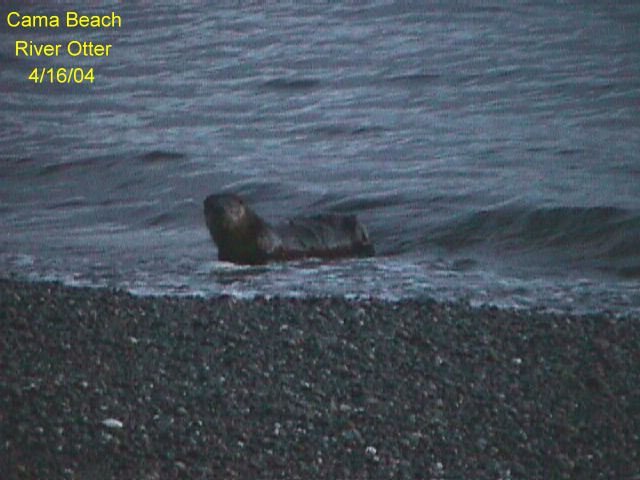 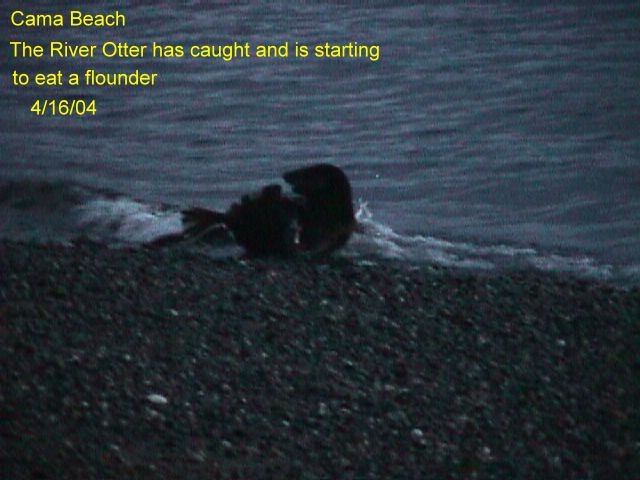 Below is a picture of one of the Cama Beach year-round hillside springs. The two springs are within 50 feet of each other. The river otters leave a smelly musk and dung pile area at the hillside springs at cama beach. 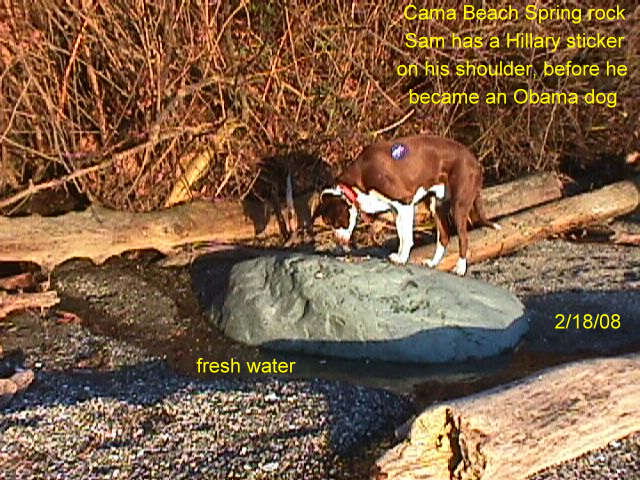 The below picture is a Cama Beach canyon/waterfall area. Once every 5-10 years, after a heavy snowfall and a quick melt, or a prolonged heavy rain, a waterfall forms in this canyon. Last winter (January 2008), there was a small waterfall, but the day I was there, I didn't have a camera, and a strong wind blew the water into a sideways mist. Around 15 years ago, enough water came down that canyon to wash a delta of dirt/rocks/debris onto the beach. There is still remnants of the "delta", at the beach base. 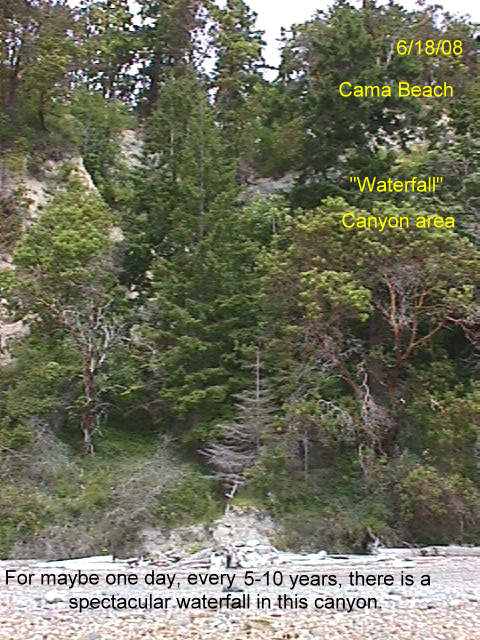 Below are some Cama Beach pictures from January 23, 2003 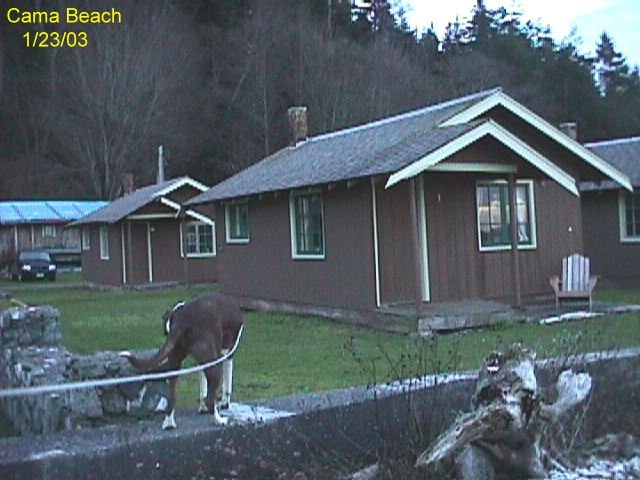 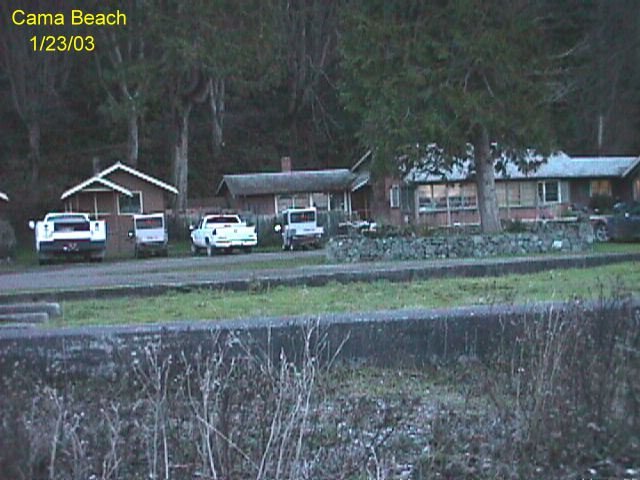 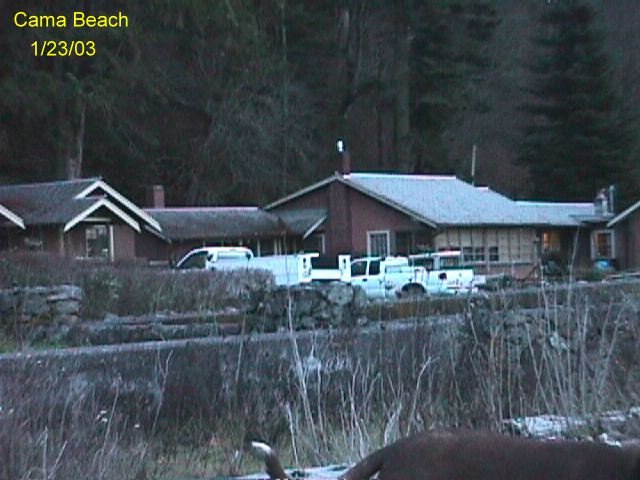 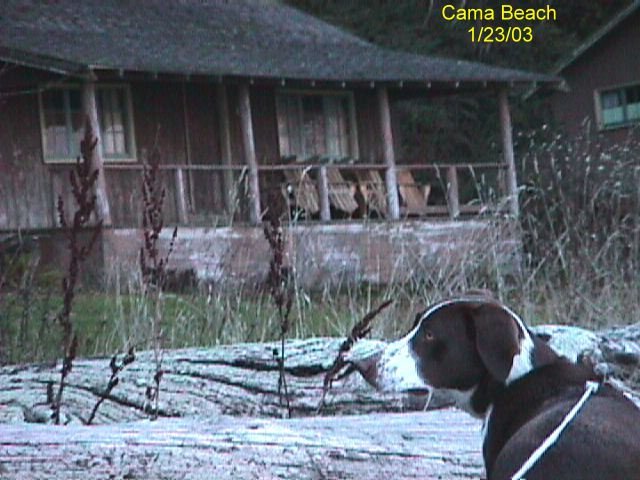 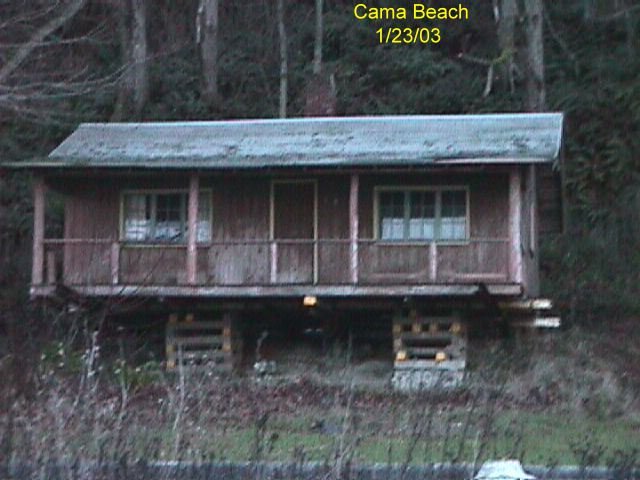 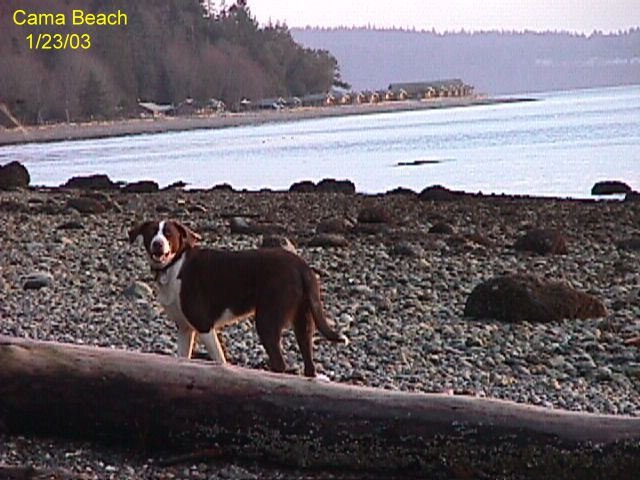