Below is an email I sent out about the Camano Democratic Caucus of February 9, 2008 and some photos, and two of my brothers replies.

camano has 11 precincts. me and alex's precinct had 74 people signing in, and 55 voted for obama, 15 for hillary, and 4 uncommitted. 10 camano precincts went for obama, and one (triangle cove) was tied between hillary and obama. there were probably 500-700 people at the camano caucus.

attached are some pictures from the camano caucus.

From: Mike Linda Bloom
To: louis bloom
Sent: Saturday, February 09, 2008 6:51 PM
Subject: Re: camano democrat caucus
Great pictures. Linda went to the Democratic Caucus here in Mukilteo. She said the Mukilteo Speedway was almost gridlocked with people waiting to get into the caucus at Kamiak High School. There were about 51 people showed up from our neighborhood (Mukilteo 13). Linda was one of the 41 that were supporting Obama. 10 were supporting Clinton.
The spin guys on CNN have a lot to talk about tonight.
Mike

From: Phillip
To: louis bloom
Sent: Sunday, February 10, 2008 5:09 PM
Subject: Re: camano democrat caucus
Nice pictures. Alex looks right in his element. I am not surprised that the old ladies voted for Obama. They were of course all going to vote for Hillary, but last week Oprah told them to think for themselves.
Sam & I should be at Camano around 8 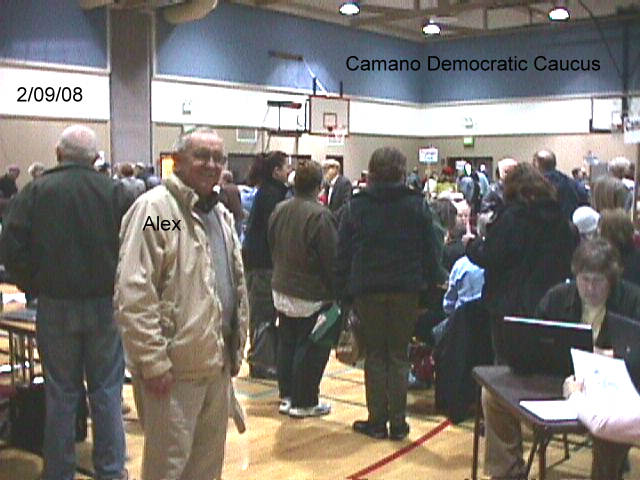 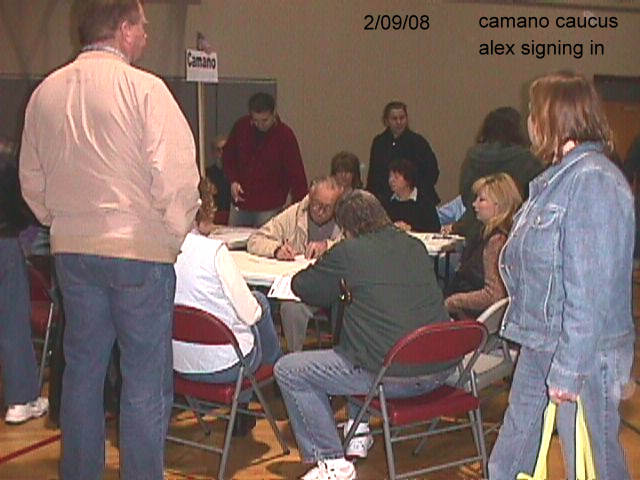 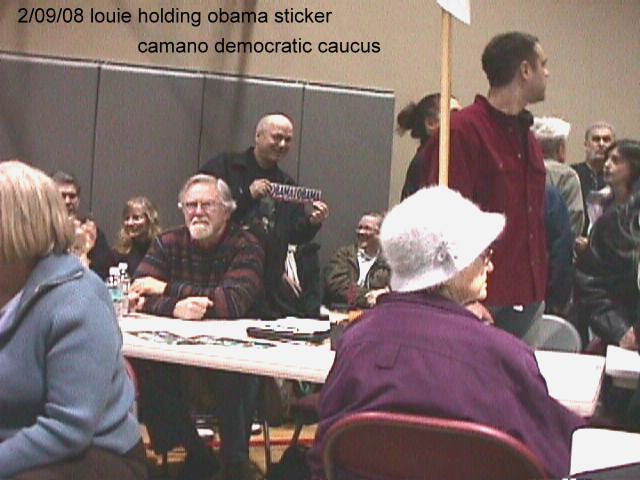 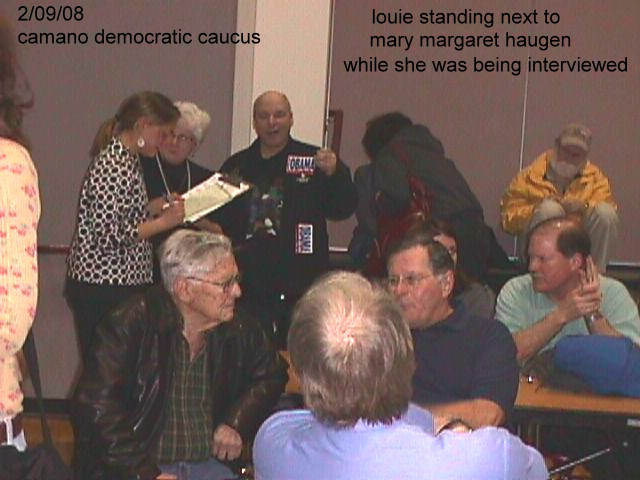 This last photo is a very wide photo, so, remember to "scroll" across.